I know music has had a profound effect on our lives whether we like it or not, but I don’t often find myself thinking all that deeply about it. If I had to pick three songs that were important to me it would be a hard decision but it would be safe to say that I could easily get mired down choosing just one from the catalog of one man and he always, always is at the top of the list. 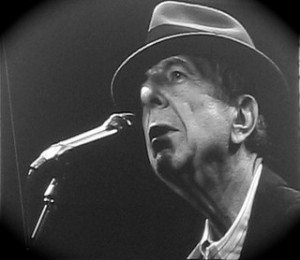 Leonard Cohen has long held a special place in  my life. Several friends throughout life have associated his song Waiting for the Miracle, with my presence, often saying that the tune seems to follow me. All things considered I’ll it as a compliment, but it probably has more a bit to do with periods I’ve spent obsessing over his music than any ethereal quality on my part. This song, and Cohen’s music in general, first entered my life during a long series of emotional down turns. Its melancholy lyrics always picked me up, I mean if someone could feel like this how bad could my life be. Now the song really marks my past disconnects with the people around me who were trying so hard to just be there for me, and I just kept looking for that one perfect thing, a job, a relationship, whatever that would make it all fall into place for me; then realizing that I was waiting for myself to just move on the whole time.

I had all but forgotten about Adam Ant’s music and his general ” just do what you like, be yourself, and don’t worry about what other people think, and everything will be just fine” attitude. That is, until I began to approach becoming sober.

Goody Two Shoes, is a great jumpy, catchy tune straight from the memory of an adolescence spent watching MTV, you know back when it used to actually… oh you get the point. Listening now just makes me feel that it’s okay if I want to be sober. It’s weird but, given who I deal with on a daily basis, sometimes I need to be reassured of that.

Though it was written in 1842 and was only relevant once in my life Felix Mendelssohn’s Wedding March in C Major, never sounded better than when it was played through the speakers of a dumpster dived electric keyboard by my friend Ben as he sat cross-legged on the lawn of the courthouse on my own wedding day. 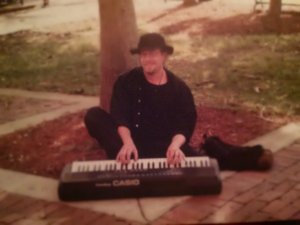 Due to the circumstances of our wedding only a few people were able to be in the cramped little office where my wife and I exchanged our vows. Ben decided he was going to be part of that day regardless and waited outside the building to surprise us. Eleven years later, every time that cliché little piece of music is played, even if it is just part of a movie or a TV show, I am reminded not only of the love I have for my wife, but of how true friends will go out of their way to make themselves part of your life.